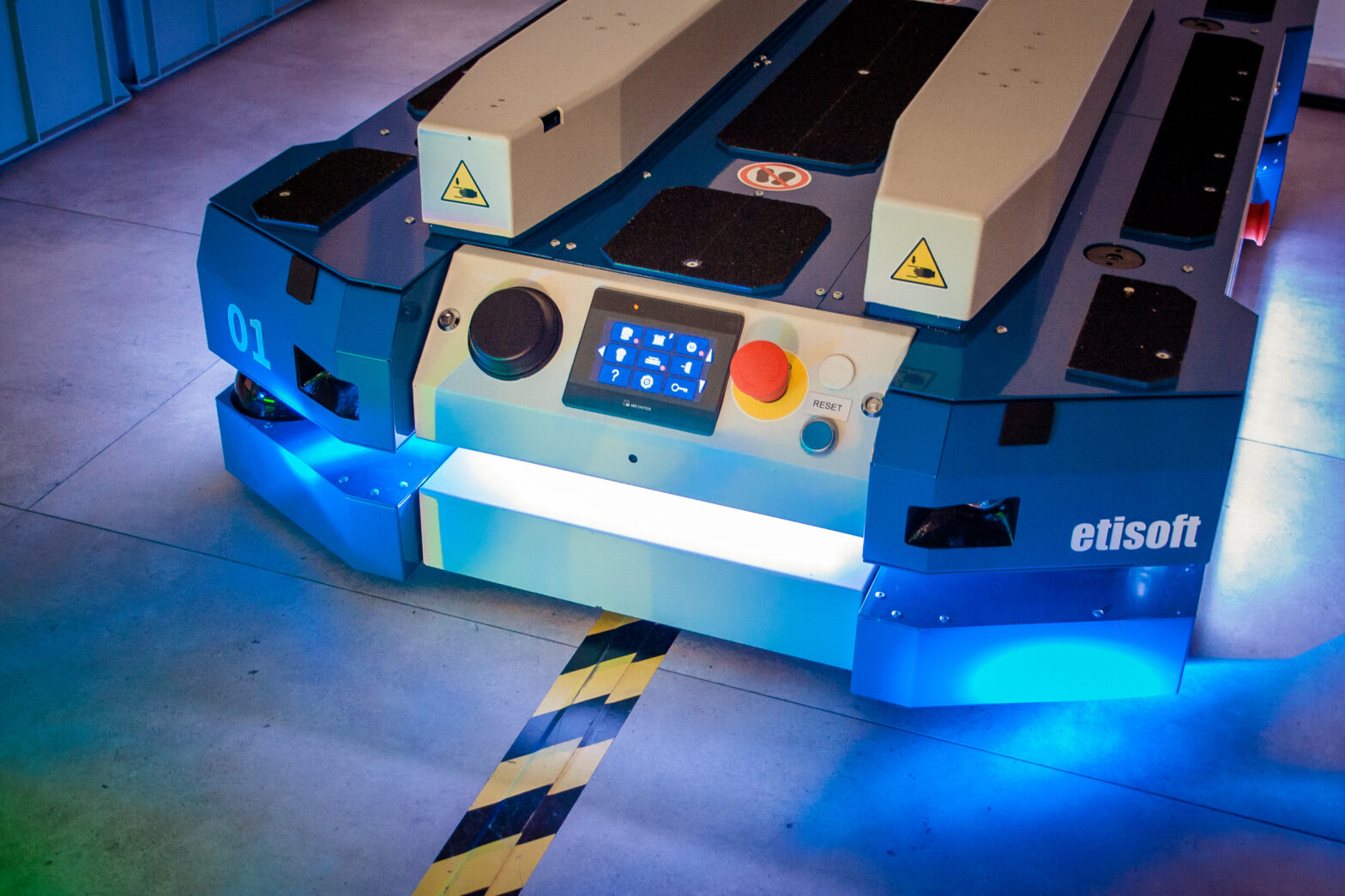 AMR intralogistic systems – systems of automatic distribution based on Autonomous Mobile Vehicles AGV (Automated Guided Vehicle). They are intended for transport of standard EPAL pallets, vessels and logistic baskets. The intralogistic systems based on AGV robots which move on the designated tracks are used for transporting components and goods in the field of production and in the warehouse. The operation of mobile AGV robots is monitored by IntraFlat integrated with the MES system which makes it possible to design logistic processes on the basis on the production plan and maintenance management while taking into consideration the production hall infrastructure and warehouse and moving employees.

Inquiry
Back to top